The Eastern Connecticut Association of REALTORS® is hosting a free energy efficiency fair on September 26th from 5pm to 7pm at Foundry 66 in Norwich, CT. Your utility company has incentives and programs that can help lower your use and energy costs. Attendees will learn from our vendors and presenters how to manage energy use in their homes or businesses. Seminars on energy efficiency, smart home technology, home energy savings and financing will take place during the event. Vendors include AdvantaClean of 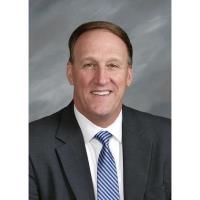 Eastern Connecticut Savings Bank is proud to announce the recent hiring of David W. Stone as First Vice President, Senior Commercial Loan Officer.  Stone brings over 30 years of expertise and experience as a commercial lender to Eastern Connecticut Savings Bank.  In this role, he will oversee the commercial lending team and will focus his efforts on developing new commercial relationships.  David joins Eastern from Chelsea Groton Bank where he served as a Commercial Lender for 7 years.  “David’s

Norwich, CT – Eastern Connecticut Savings Bank is proud to announce the recent hiring of Joseph Castelli as the Bank’s new Vice President of Residential Lending.   Castelli brings over 30 years of expertise and experience as a mortgage lender to Eastern Connecticut Savings Bank. He founded Guilford Mortgage Service, LLC in 1991, one of the first mortgage broker companies in Connecticut, and has served as the President of Guilford Mortgage Service since its inception. A graduate from Marist College,

Norwich, CT – Eastern Savings Bank recently pledged $25,000 to the United Community Families & Services (UCFS) Capital Campaign, a 5-year commitment, which will help fund construction of their Griswold Health Center. “We are proud to support this great organization that contributes so much to our community,” commented Lisa Griffin, President & CEO, Eastern Savings Bank. UCFS has been providing healthcare and community services to individuals and families in eastern Connecticut since 1877. They are a

André J. Messier Jr, Chairman of the Board of Directors of EasternSavings Bank today announced the appointment of Lisa H. Griffin as interim President and CEO of the bank. She joined Eastern in 2004 and since 2014 has been the Executive Vice President and Chief Operating Officer of the locally governed institution. In making the announcement, Messier said “Lisa brings over 30 years of experience in banking, always exemplifying excellence. She has done a fantastic job for Eastern as Executive Vice President