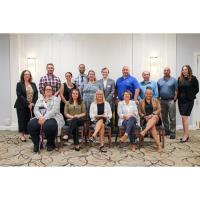 For over 30 years, Leadership Eastern CT has prepared future community leaders to assume positions of responsibility and take on challenges in the region. Class of 2022 demonstrated a keen sense of  adaptability, determination, and reslliance as the program was led in a hybrid format.      The class celebrated graduation on June 22nd at The Spa at Norwich Inn, featuring keynote speaker Marguerite Driscoll, Director of Safety Council Operations at Pfizer.  In her remarks, Driscoll led the class through her

March 9, 2022 FOR IMMEDIATE RELEASE Waterford, CONN. – The Chamber of Commerce of Eastern Connecticut is pleased to announce the recipients of the Annual Military Community Support Award as Dime Bank and UCFS Healthcare.  On March 25, 2022, both Dime Bank and UCFS Healthcare will be recognized at the 11th Annual Military Appreciation Breakfast at the Mystic Marriott Hotel & Spa for their dedicated support of eastern Connecticut's men and women in uniform. This important breakfast gives the business

A study of the opportunities and challenges presented by the Offshore Wind Industry for the state finds that many of the assets the industry requires are already in place but that other elements should be added quickly.   The report, “Embracing the Potential of Offshore Wind in Connecticut – A Study of Opportunities and Challenges,” was commissioned by the Joint Venture created by Ørsted and Eversource to build the state’s first offshore wind farm and was overseen by the Chamber of Commerce of Eastern

EB is prime contractor on design and production of new class of submarines, the nation's top strategic defense priority General Dynamics Electric Boat announced today that the U.S. Navy has awarded it a $9.474-billion contract modification option for construction and test of the lead and second ships of the Columbia class, as well as associated design and engineering support. Electric Boat is the prime contractor on the Columbia program, which will replace the aging Ohio class of ballistic missile 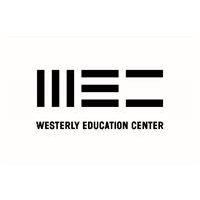 General Dynamics Electric Boat presents The Boat for Women. Discover what Electric Boat has to offer in this 3 week-long program for RI residents, February 4-20, Tuesdays and Thursdays, 5:30-8:30 pm. Explore a different trade each night: pipefitting, electrical, welding, shipfitting, and machining. It's a chance to see if manufacturing is the career for you!

The University of Connecticut Avery Point invites media members to the Opening Reception for the Electric Boat Employee Art Exhibition. The event will take place at the Alexey von Schlippe Gallery on the second floor of the Branford House from 6-8 p.m. on Thursday, October 24. The exhibition will be open to the general public and campus community from 12-4 p.m. on Thursdays, Fridays, Saturdays and Sundays from October 24, 2019 through January 5, 2020 (excluding Nov. 28 and 29). On display for this

EB’s Summer High School Intern Program (SHIP) is a work-based learning internship for local high school juniors. The program, a partnership between Electric Boat, the labor unions and the CT Department of Labor, is aimed at cultivating a strong pipeline for future talent in the trades. Over the next decade, Electric Boat will lose skilled workers as they begin to retire. By collaborating with local high schools, EB is preparing the next generation workforce, introducing students to high-skill, high wage

The U.S. Navy today awarded General Dynamics Electric Boat a $174 million contract for nuclear-submarine work. Electric Boat is a wholly owned subsidiary of General Dynamics (NYSE: GD). Under the terms of the contract, Electric Boat will provide design agent, planning yard, and engineering services, as well as technical support for active nuclear submarines and submersible systems. The contract could be worth more than $1 billion over five years if all options are exercised and funded. Seventy percent

Note: this article was originally published on April 18 in The Dolphin. Slight editorial adjustments have been made.Groton, CT – Participants of the Chamber of Commerce of Eastern CT's Leadership Program Class of 2020 toured military bases in the southeastern Connecticut area for the seventh annual Military Affairs session on April 11. Military Affairs Day gives military leaders in the area the opportunity to explain and demonstrate the important part the armed services plays in the economic and

Eastern CT – On March 27, 2019, the Chamber of Commerce of Eastern CT was pleased to recap a year of successful 2018 activities, and share our vision for the future, at our Annual Meeting and Awards Reception. Over 230 regional representatives maxed out the meeting space at The Spa at Norwich Inn, demonstrating the breadth and importance of the Chamber’s work.​ Official business included Board elections, finance updates, and a report from our Foundation. The Chamber welcomed 17 new Trustees to its

New London, CT – On January 31, 2019, from 5-8 p.m. Mike's Famous Harley-Davidson at 951 Bank Street, New London, CT, will host the official kick-off reception to celebrate the commissioning of the USS South Dakota (SSN 790) the Navy’s next generation Virginia class fast attack submarine. The invitation-only event will honor the first sailors of the original USS South Dakota, all active and veteran military, and those who built the new submarine at General Dynamics Electric Boat in Groton, CT. Commanding

Businesses to be Recognized at Nov. 2, 2018 Military Appreciation Breakfast    Eastern CT – The Chamber of Commerce of Eastern CT’s Military Affairs Council has selected Antonino Acura of Groton and Comcast NBCUniversal as the recipients of the 2018 Military Community Support Award. Both businesses will be recognized at the Chamber’s 9th Annual Military Appreciation Breakfast, which will be held Friday, November 2, 2018 from 7:45 to 9:15 a.m. at Mystic Marriott Hotel & Spa in Groton.   The Military

ECSO, ECSC, & Yale Opera Garde Arts Center | New London Saturday, April 28, 2018 - 8pm The ECSO gathers all of the artistic forces in our community for a joyous celebration of Leonard Bernstein’s 100th anniversary with a performance of his Broadway work, Candide. Bernstein himself was quoted as saying “there’s more of me in that piece than anything else I’ve done.” Technically a comic operetta, Candide depicts Voltaire’s satirical novel of the same name. Opposing philosophies and ideologies are sung and

Candide: April 28, 2018 Concert Performance, 8 PMThe ECSO gathers all of the artistic forces in our community for a joyous celebration of Leonard Bernstein’s 100th anniversary with a performance of his Broadway work Candide. Bernstein himself was quoted as saying, “there’s more of me in that piece than anything else I’ve done.” Technically a comic operetta, Candide depicts Voltaire’s satirical novel of the same name. Opposing philosophies and ideologies are sung and beautifully orchestrated through two acts

Eastern CT – The Young Professionals of Eastern CT (YPECT) program has added new members to its Executive Committee, and announced it will honor select members of the group at the Young Professionals of the Year Celebration taking place Friday, February 16 at Great Neck Country Club in Waterford. YPECT is a division of the Chamber of Commerce of Eastern CT that provides regular networking, career building, educational, and volunteer opportunities for early-career adults throughout the region. As of press,

Eastern CT – The Chamber of Commerce of Eastern CT is pleased to announce that it will present a Business Luncheon with Congressman Joe Courtney (CT-2) on Monday, January 22, 2018 from 11:30 a.m. to 1:00 p.m. at Groton Inn & Suites in Groton (99 Gold Star Highway) Lunch will be provided.  The event is sponsored by Atlantic Broadband. Admission is $20 in advance for Chamber of Commerce of Eastern CT members, $25 for non-members. Advance registration is encouraged to avoid an additional $5 fee for

Eastern CT – The Chamber of Commerce of Eastern CT introduces its new “Community Concierge” program in summer 2017. The Community Concierge is the region’s 21st-century ‘Welcome Wagon.’ As envisioned by the Chamber, the Community Concierge will be a comprehensive tool for new arrivals to become acquainted with life in eastern CT. It will feature a local network database with information about family and individual quality of life activities, including civic associations, educational resources, local

An estimated 2,000 workers are expected to arrive in eastern Connecticut this year to begin new jobs at Electric Boat.  To welcome these and other potential newcomers to the area, the Chamber of Commerce of Eastern Connecticut is working with partners from the cities of New London and Groton, additional stakeholders, and the Thames River Innovation Place to create an economic initiative called Community Concierge. The new program will assist employers in the recruitment, relocation, and retention of

Participants to hold June 14, 2017 Ribbon Cutting Ceremony  Eastern CT – Participants in the Chamber of Commerce of Eastern CT’s Leadership Class of 2018 announced that they have completed renovations of the shared family spaces for Madonna Place in Norwich as part of their class project. The renovations took place in May 2017. An official Ribbon Cutting Ceremony to celebrate the closure of the project will be held June 14, 2017, 5:30 to 7:00 p.m. at Madonna Place’s 240 Main Street Norwich facility in

Businesses to be Recognized at Nov. 4, 2016 Military Appreciation Breakfast  Eastern CT  – The Chamber of Commerce of Eastern CT’s Military Affairs Council has selected GEICO of Waterford and the Mohegan Tribe as the recipients of the 2016 Military Community Support Award. Both businesses will be recognized at the Chamber’s 7th Annual Military Appreciation Breakfast, which will be held Friday, Nov. 4 from 7:30 to 9:00 a.m. at Mystic Marriott Hotel & Spa in Groton.   The Military Community Support Award

Guest Speaker: Joseph Walsh, General Dynamics Electric Boat  Eastern CT  – The Chamber of Commerce of Eastern CT is set to present the Regional Chamber Awards and recap its activities in 2015, as well as review its projections for 2016, at its Annual Meeting on Tues. March 22, 2016, 5:30-8:30 p.m. at Hilton Mystic. With awards sponsored by CMEEC – the CT Municipal Electric Energy Cooperative, the Chamber will honor individuals and businesses that have made significant contributions to eastern CT in the