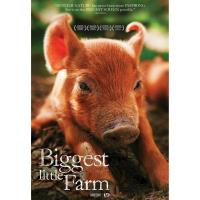 Starting Thursday, May 23   A testament to the immense complexity of nature, The Biggest Little Farm follows two dreamers and a dog on an odyssey to bring harmony to both their lives and the land. When the barking of their beloved dog Todd leads to an eviction notice from their tiny LA apartment, John and Molly Chester make a choice that takes them out of the city and onto 200 acres in the foothills of Ventura County, naively endeavoring to build one of the most diverse farms of its kind in complete

Danish film “Across the Waters” tells the story of Jews fleeing Nazi-occupied Denmark by boatMystic, CT – To commemorate International Holocaust Remembrance Day on January 27, Mystic Seaport, the Jewish Federation of Eastern Connecticut, and the Museum of Jewish Heritage – A Living Memorial to the Holocaust, will co-host a special screening of the 2016 Danish film “Across the Waters,” which tells the story of a Jewish musician and his family who make a frantic escape from Nazi-occupied Denmark. The